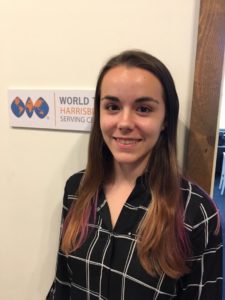 Sara is from York, Pennsylvania and is currently a  junior at Bryn Mawr College, where she studies Economics and East Asian Languages and Culture. In her free time, she serves as the captain of the Bryn Mawr field hockey team. After college, she hopes to continue her education in pursuit of a career in international economic policy-making. 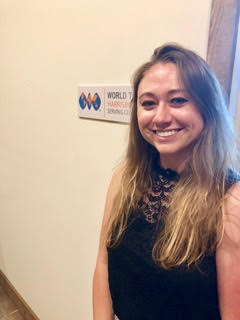 Brynne is a senior at Penn State University, where she is studying Economics, International Relations, and Spanish. She has studied abroad in Spain and hopes to continue her career/education in international economics and trade. 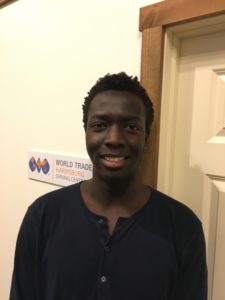 Arop graduated from Messiah College, where he was studying Business Administration with a minor in Philosophy. He is originally from South Sudan and is fluent in Arabic, Swahili and Italian. 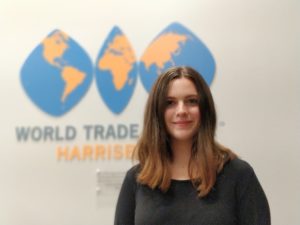 Emily is a student currently studying in Bocconi University, Italy. She is originally from Reading, Pennsylvania and specializes in International Economics and Management. 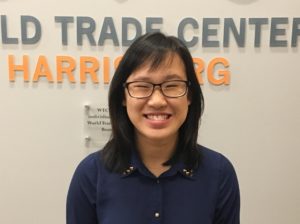 Katrina graduated from  Messiah College  in December 2017 with a degree in International Business. She is now working at the World Trade Center Harrisburg as a trade specialist! 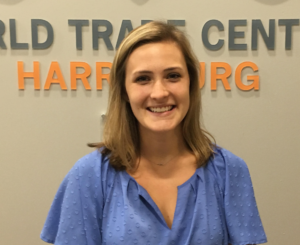 Ellie is a senior International Business student graduating in May 2018. She is from Doylestown, Pennsylvania, just north of Philadelphia. After traveling to 12 countries this summer, Ellie would like to pursue a career in areas such as international operations, risk management or  sales.  Ellie is also an aspiring social entrepreneur. Her hobbies include traveling, spending time with her friends, and writing calligraphy. 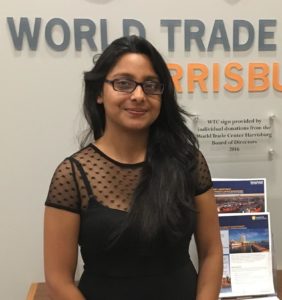 Aindrila Samanta is an international student from West Bengal, India.
She is currently pursuing a Master’s in Public Administration from Shippensburg University 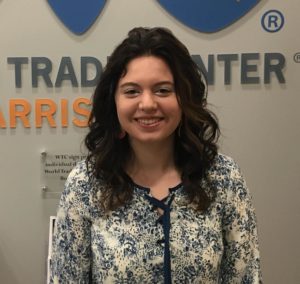 Emilie Smetak graduated from Messiah College with a double major in
Mathematics and English Writing. She started her Master’s in
Public Policy and International Development at William and Mary in the fall of 2017, where she also works as a Graduate Assistant for AidData.

Emad AlShaqaq is an international student graduated from Indiana University of Pennsylvania
with a bachelor’s in International Business.  He is originally from Saudi Arabia and he
plans to work with foreign investors to help them start their business in Saudi Arabia. 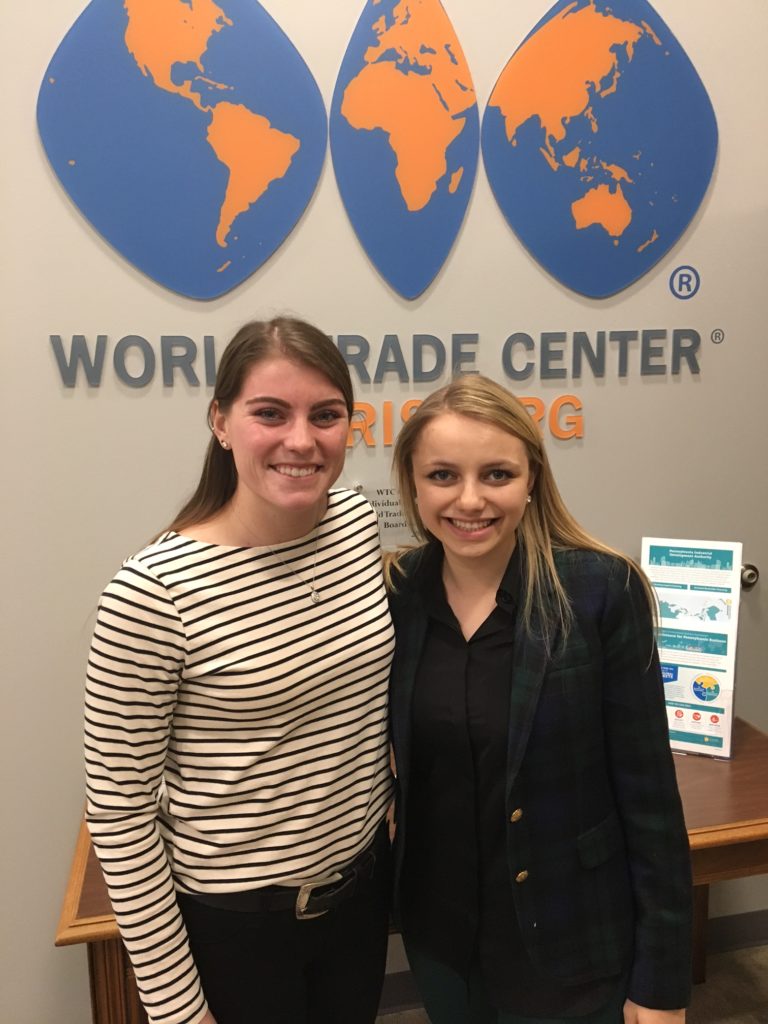 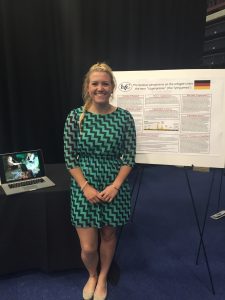 Emily Johnson graduated from Lebanon Valley College with a double major in Digital Communications and Global Studies and a minor in German. She has studied abroad in Germany, and has done a service-learning experience in Ghana. During her internship she worked on promotional and marketing tools for events, as well as helping to redesign the website. She was a member of the softball and golf team at LVC.

Where is she now?: Emily moved back to Australia after completing her degree at Lebanon Valley College. 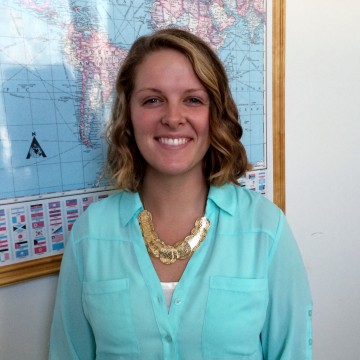 Where is she now?: Paige work for an accounting firm in the Washington, DC area. 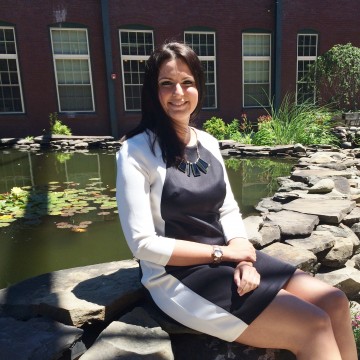 Where is she now?: Corby is a Project Analyst with Vulcan Materials Company, the nation’s largest producer of construction aggregates, primarily crushed stone, sand and gravel and a major producer of other construction materials including asphalt and ready-mixed concrete. In the fall of 2017, Corby started her MBA, with a certification in Organizational Development, at Mount St. Mary’s University. 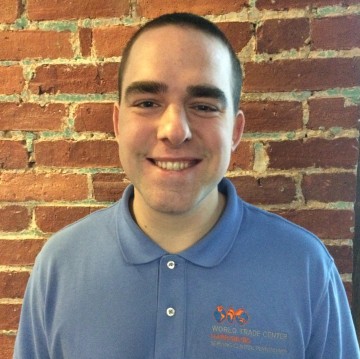 Lyle graduated from Lebanon Valley College with a double major in Business Administration and Sociology and a concentration in Criminal Justice. Lyle assisted in gathering information from the local Chambers of Commerce to provide information on Certificates of Origin to our clients.

Where is he now?: Lyle graduated from Lebanon Valley College in Spring 2015. He is employed with Philhaven as a Psychiatric Assistant since 2014. 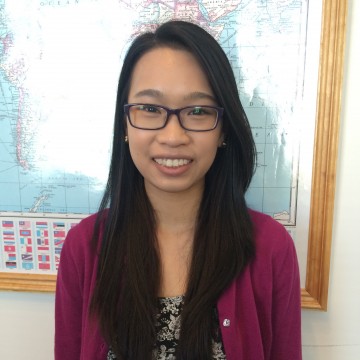 Shung Li graduated from Messiah College, majoring in Economics. She is originally from Malaysia and came to the US for her college degree. Shung Li was a statistical analysis and economic impact research intern. In addition to her internship, she was also involved in the Harrisburg Economic Empowerment Partnership, part of The Collaboratory of Messiah College and in partnership with the Harrisburg Brethren in Christ Church, which aims to educate low-income residents in the Harrisburg region through a financial literacy curriculum.

Where is she now?: Shung Li graduated from Messiah in Spring 2015 and now works for a company in Philadelphia, PA. 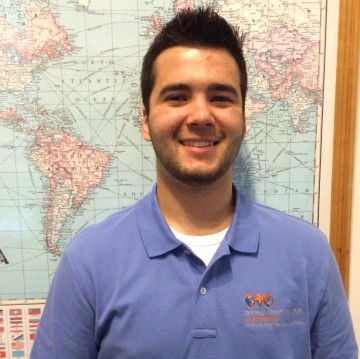 Brooks Whiting graduated from Lebanon Valley College, double majoring in Business Administration and Health Science. He was a client support and marketing intern. Specifically, he provided companies with trade leads and assisted in developing the international marketability of business within Southcentral Pennsylvania. During his internship, Brooks also worked as the Equipment Manager for the Lebanon Valley College Ice Hockey team. Brooks’ professional interests included the business aspect of healthcare and new product development.

Where is he now?: Brooks graduated from Lebanon Valley College in 2015. He is employed by Sentz Consulting, a small firm in York, PA, as a Support Analyst. 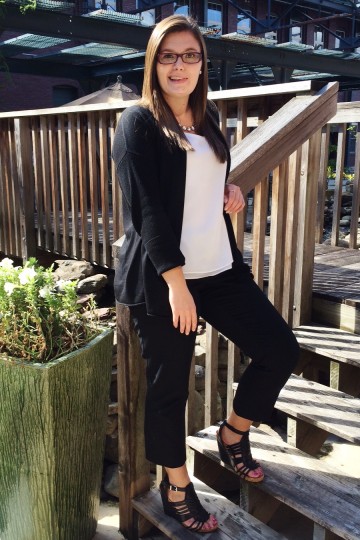 Alicia graduated from Lebanon Valley College, with a double major in Business Administration and Accounting. During her internship, Alicia coordinated with WTC members to create Member Spotlights and conducted trade related market research. Alicia also generated a survey to help determine local interest for a container stuffing & container receiving facility in southcentral Pennsylvania. Additionally, she lent a hand in continuing to produce “The Impact of Trade” report, which was published in November 2014.

Where is she now?: Alicia also interned with the Business Office at the Palmyra Area School District before graduating from Lebanon Valley College in Spring 2015. Alicia now works as an Accounting Assistant at Superior Water Company Inc. in Gilbertsville, Pennsylvania. 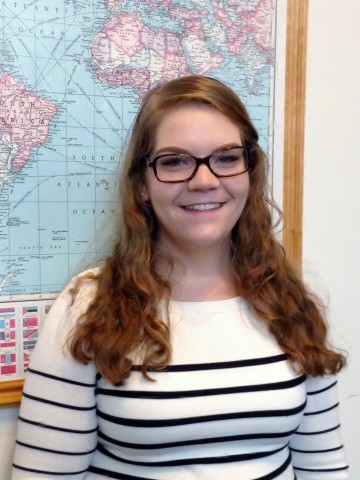 Rachel’s main focus during her intensive month-long internship was on researching the economic impact of our region. From this research, Rachel helped to produce “The Impact of Trade”, an analysis of Pennsylvania’s ten Regional Export Network (REN) areas and each county of the Southcentral region. Rachel was an Economics major with a Security Studies Certificate at Dickinson College. She also studied at the University of East Anglia in England.

Where is she now?: After her internship with us, Rachel interned in Washington, DC with Congressman Rodney Frelinghuysen (R- NJ 11th District). She graduated from Dickinson in Spring 2015. 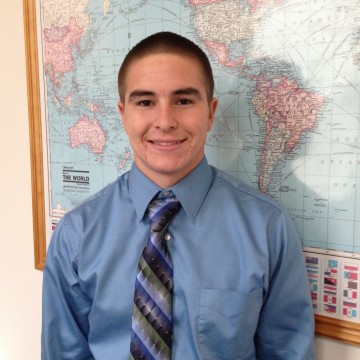 Luke Stouffer interned with us during the Spring semester of his Junior year.  During this time, he was a senior Business Administration major at Lebanon Valley College. Luke’s main focus during his internship was coordinating, creating and analyzing the travel survey for the Harrisburg International Airport. He also assisted clients with Member Spotlights, trade research support, and obtaining grants through the State’s export assistance program.

Where is he now?:  Luke graduated in December 2014. After interning with us, Luke interned with Volvo in Chambersburg, PA as their Operations Communication Intern. Luke is now working as a Procurement Operations Associate at Accenture in the Philadelphia area. 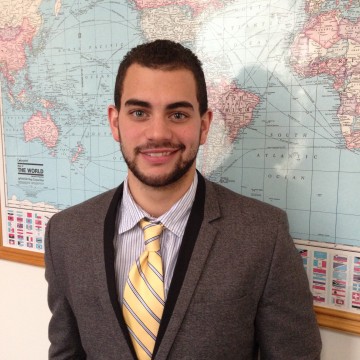 Keith Wiley interned with us during the Spring semester of his senior year. Keith attended school at York College, double majoring in International Relations and Philosophy with a minor in International Business. Keith’s responsibilities included coordinating with our members to create Member Spotlights, sending trade leads to clients, and assisting with promoting and coordinating our events.

Where is he now?: Keith graduated from York College in May 2015. 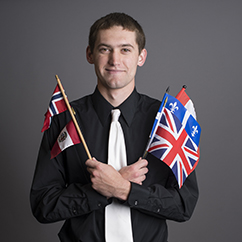 Cody interned with WTC Harrisburg for two semesters; Spring 2013 during his junior year and Fall 2013 during his senior year at Lebanon Valley College. Cody’s responsibilities included website management, marketing communications and events, client support service, and statistical analysis and economic impact research. Cody graduated from LVC in May 2014 with a degree in Business Administration and a focus in International Business.

Where is he now?: Cody is now employed by SEDA-COG as an Export Specialist. SEDA-COG is also part of Pennsylvania’s Regional Export Network, covering the central region of PA. 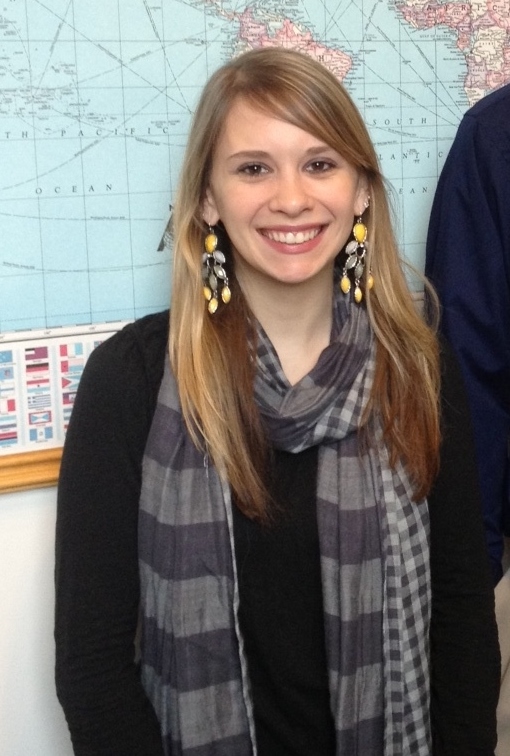 Where is she now?: After graduation, Hannah became WTC Harrisburg’s Trade Specialist. She also completed her Master’s degree at American University’s School of International Service, graduating in Summer 2015. Hannah worked as Manager of Outreach and Communications with WTC Harrisburg for 4 years and is now a marketing specialist with Gannett Fleming Inc.. 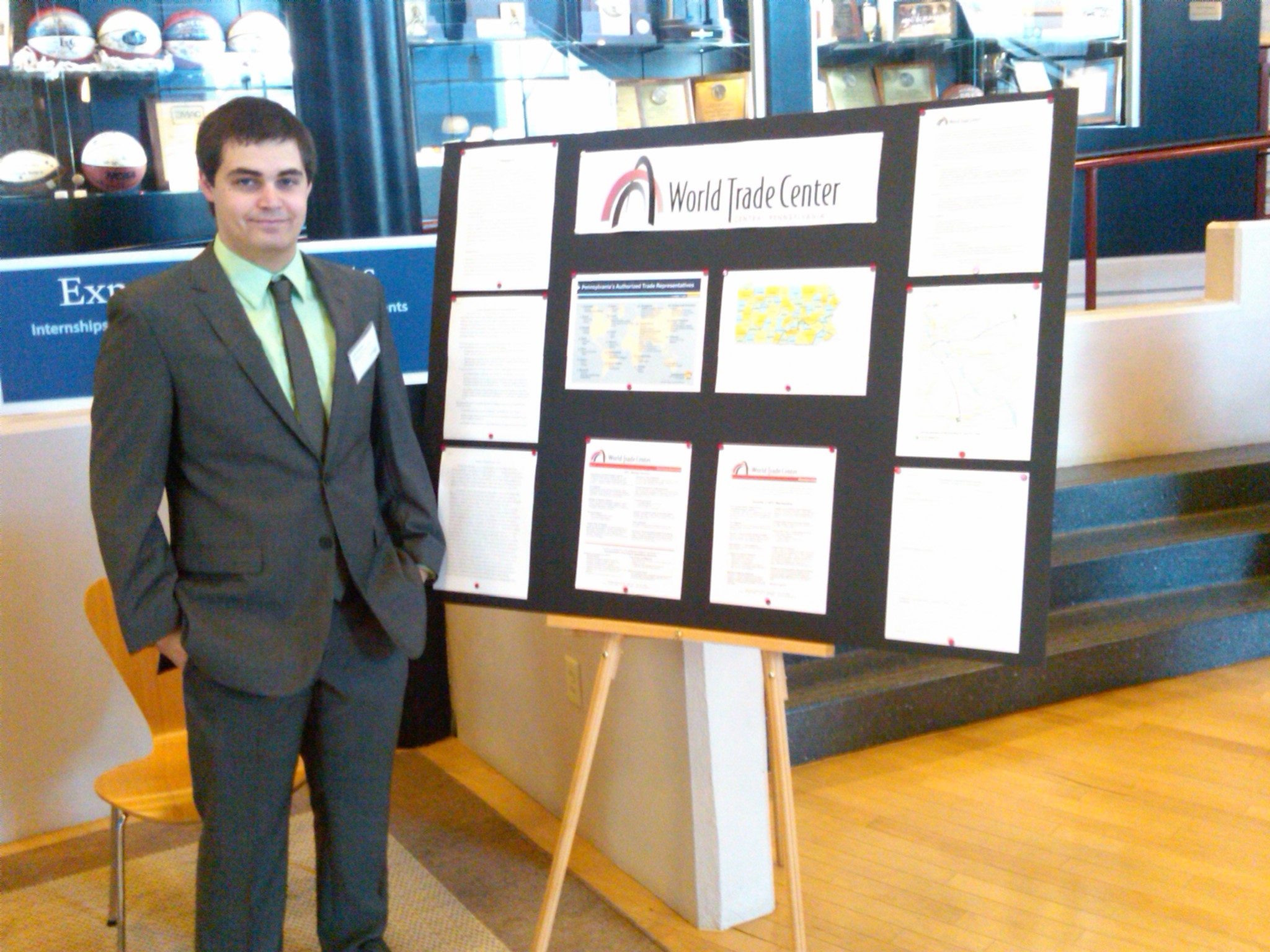 John interned with WTC Harrisburg in 2012 during the spring semester of his sophomore year at Lebanon Valley College. The most extensive long term project that John worked on during his time with our office was the organization and handling of the arrival of the German delegation of advanced manufacturers that came to visit our area that spring.

Where is he now?: John graduated from Lebanon Valley College in May 2014 with a degree in Actuarial Science.

If you are a past WTC Harrisburg Intern and would like to be added to this page, please contact us!

We use cookies on our website to give you the most relevant experience by remembering your preferences and repeat visits. By clicking “Accept All”, you consent to the use of ALL the cookies. However, you may visit "Cookie Settings" to provide a controlled consent.
Cookie SettingsAccept All
Manage consent

This website uses cookies to improve your experience while you navigate through the website. Out of these, the cookies that are categorized as necessary are stored on your browser as they are essential for the working of basic functionalities of the website. We also use third-party cookies that help us analyze and understand how you use this website. These cookies will be stored in your browser only with your consent. You also have the option to opt-out of these cookies. But opting out of some of these cookies may affect your browsing experience.
Necessary Always Enabled
Necessary cookies are absolutely essential for the website to function properly. These cookies ensure basic functionalities and security features of the website, anonymously.
Functional
Functional cookies help to perform certain functionalities like sharing the content of the website on social media platforms, collect feedbacks, and other third-party features.
Performance
Performance cookies are used to understand and analyze the key performance indexes of the website which helps in delivering a better user experience for the visitors.
Analytics
Analytical cookies are used to understand how visitors interact with the website. These cookies help provide information on metrics the number of visitors, bounce rate, traffic source, etc.
Advertisement
Advertisement cookies are used to provide visitors with relevant ads and marketing campaigns. These cookies track visitors across websites and collect information to provide customized ads.
Others
Other uncategorized cookies are those that are being analyzed and have not been classified into a category as yet.
SAVE & ACCEPT